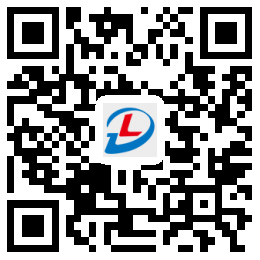 Home
About Us
Products
Case
News
Recruitment
Contact Us

Speaking about the severity of the explosion of the bag filter

What are the consequences of the explosion of the bag filter? The bag filter is more complex than the combustible material and the combustible gas. The combustible dust is suspended in the air to form a dust cloud within the explosive concentration range. Under the action of the ignition source, part of the dust in contact with the ignition source is first ignited and forms a Small fireball. Under the action of the heat emitted by the burning of this small fireball, the surrounding dust is heated, the temperature rises, and the burning phenomenon occurs, so that the fireball will rapidly expand to form a dust explosion.
After the explosion of the bag filter, a secondary explosion often occurs. This is because during the first explosion, a lot of dust is deposited together, and its concentration exceeds the upper limit of the dust explosion and cannot be exploded. However, when the shock wave or gas wave formed by the first explosion re-raises the deposited dust, it is mixed with air in the air, and the concentration is within the dust explosion range, and a secondary explosion may occur next. The disaster caused by the second explosion is often much more serious than the first explosion.
The mechanism of dust explosion The combustible dust releases energy when burned in the air, and the well generates a large amount of gas, and the speed at which the energy is released, that is, the burning speed is related to the area in which the powder is exposed to the air. Therefore, for a powder of the same solid substance, the smaller the particle size, the larger the specific surface area, and the faster the combustion diffusion. If the particle size of this solid is very fine.
So that it can be suspended, and if there is an ignition source to ignite it, a large amount of energy can be released in a very short time. These energies are too late to dissipate into the surrounding environment, causing the gas in the space to be heated and adiabatically expanded. On the other hand, when the powder is burned, a large amount of gas is generated, which causes the system to form a local high pressure, which causes explosion and propagation. This is usually It is called a dust explosion.
Previous article:
Do we know the daily use of bag filters?